Laura Wilson was brought up in London and has degrees in English Literature from Somerville College, Oxford and UCL, London. She has worked briefly and ingloriously as a teacher, and more successfully as an editor of non-fiction books. She has written history books for children and her other interests include painting and sculpture, uninhabited buildings, underground structures, cemeteries and time capsules. Her first four novels were critically acclaimed, and Stratton’s War was awarded the CWA Ellis Peters Historical Award 2008. Laura was also shortlisted for the Ellis Peters Historical Award in 2012 for A WILLING VICTIM, the fourth book in the Ted Stratton series. Her latest title The Other Woman was published in 2017. 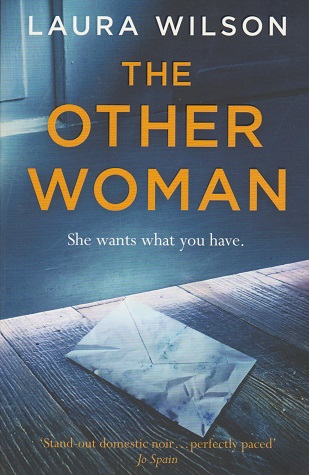 HE’S GOING TO LEAVE YOU. LET’S SEE HOW SMUG YOU ARE THEN. Shortly after Christmas, a message arrives at Sophie’s house. Perhaps she should ignore […]