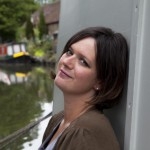 Katy Regan was born in 1974 and brought up in the northern seaside town of Morecambe. Her claim to fame – aside from being possibly the only person in the world to get expelled from primary school – is that at the age of 16 she went to stage school in Surrey with Posh Spice.

Going back to her northern roots Katy went on to study English and French at Leeds University where she became features editor of the student newspaper and discovered her love for writing (and all day drinking sessions after press day…) After a brief stint as what can best be described as ‘jumble sale and centenary correspondent’ at the Northampton Herald and Post, she went to London to pursue an altogether more glamorous writing career where she worked at 19 magazine before joining Marie Claire as writer in 2002.

At the height of her career as the office roving reporter singleton she fell accidentally pregnant by her best mate (who just remained a friend) and seeing the creative possibilities in this unconventional situation her editor commissioned her to write a column “And then there were three… sort of” which proved so successful it ran for two years and inspired many a reader to write in to Katy with their life story.

Katy’s first novel One Thing Led to Another was published by HarperCollins in 2009 and her second The One Before the One was published in November 2010. 2013 saw the publication of How We Met, closely followed by The Story of You in 2014.

Little Big Man was published by Macmillan in April 2018 and Katy’s latest novel, How To Find Your Way Home, will be published in February 2022 by Pan Macmillan.

Katy lives in Hertfordshire with her son. 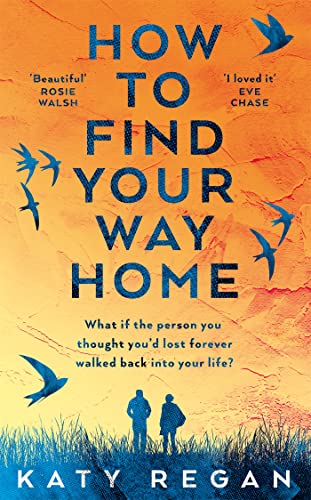 How To Find Your Way Home