John Gribbin is the author of nearly 100 popular science books, including the best-selling In Search of Schrödinger’s Cat, and eight science fiction novels. Many of these have been co-authored with his wife, Mary Gribbin. He has received awards for his writing both in the United States and in Britain, including the top UK science-writing award, administered by the Association of British Science Writers. The World Conference of Science Journalists awarded him their Lifetime Achievement Prize in 2009.

The holder of a Ph.D. in astrophysics from the University of Cambridge, he still maintains links with research as a Visiting Fellow in Astronomy at the University of Sussex, and was a member of a team there that measured the age of the Universe.

John has worked in radio, making and presenting programmes for the BBC, and in television, occasionally in front of the cameras but more often as an adviser on science programmes. His most recent books are 13.8: The Quest to Find the True Age of the Universe and the Theory of Everything (Icon, 2015), and Science: A History in 100 Experiments (William Collins, 2016). William Collins have also published John and Mary’s book about the rivalries between Hooke, Halley and Newton, Out of the Shadow of a Giant (2017), and a history of the idea of evolution, On the Origin of Evolution (2020).

John has also written several shorter essays on cutting-edge science which have been published as Kindle Singles: Before the Big Bang, The Quantum Mystery, The Time Illusion and Discovering Gravitational Waves.

His book Six Impossible Things: The ‘Quanta of Solace’ and the Mysteries of the Subatomic World, was shortlisted for the 2019 Royal Society prize. A follow-up, Seven Pillars of Science, was published in 2020, and Eight Improbable Impossibilities in 2021. 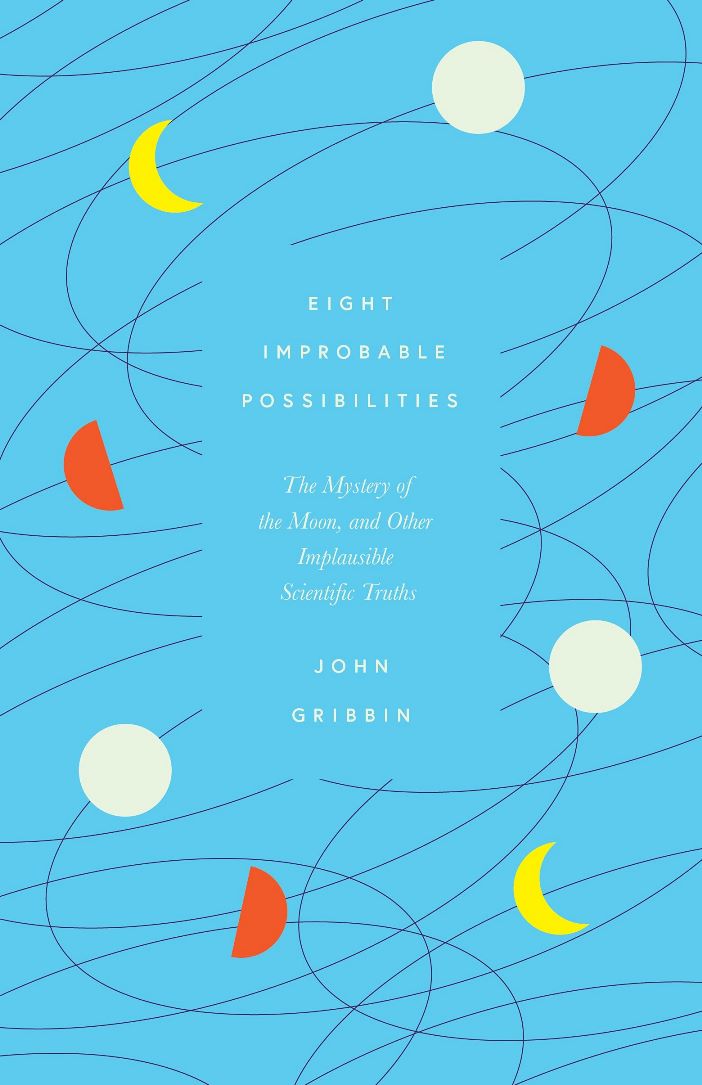 A mind-warping excursion into the wildly improbable truths of science. Echoing Sherlock Holmes’ famous dictum, John Gribbin tells us: ‘Once you have eliminated the impossible, […]