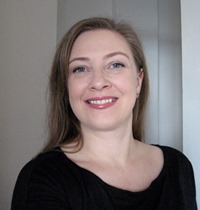 Joanna Baker spent ten years as an academic researcher in astrophysics, specifically looking at quasars (active galactic nuclei and the brightest objects in the galaxy) and cosmic microwave background, CMB (thermal radiation left over from the time of recombination in the Big Bang).

She has published three books with Quercus: 50 Ideas you really need to know about Physics / The Universe / In Quantum Physics.

Baker has worked for the magazine Nature for the last eight years, previously running the Books and Arts Section and now as Senior Editor of Comment Articles. Before that she worked at the international science journal Science.

As well as her job at Nature, she writes for Sky and Telescope magazine and The Times. She has extensive radio broadcasting experience and was a regular panellist for two years on BBC Radio 4’s show Home Planet.