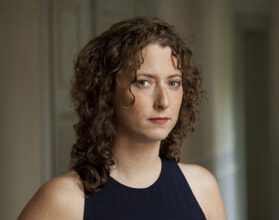 Jessica Bruder is a journalist who writes about social issues and subcultures. For her latest book, Nomadland, she spent months living in a camper van, documenting itinerant Americans who gave up traditional housing and hit the road full time, enabling them to travel from job to job and carve out a place for themselves in a precarious economy. The project spanned three years and more than 15,000 miles of driving — from coast to coast and from Mexico to the Canadian border. Named a New York Times Notable Book and Editors’ Choice, Nomadland won the 2017 Discover Award and was a finalist for the J. Anthony Lukas Prize and the Helen Bernstein Book Award.

Nomadland has been adapted for a film of the same name featuring Frances McDormand and David Strathairn, directed by Chloé Zhao and distributed by Fox Searchlight.

Jessica is also the author of Burning Book and Snowden’s Box: Trust in the Age of Surveillance which she co-authored. She lives in Brooklyn with a dog named Max and more plants than you can shake a leafy stick at. 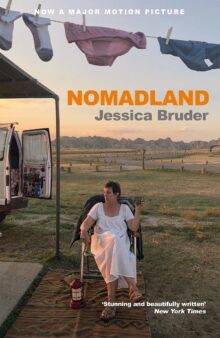 The inspiration for the film Nomadland starring Frances McDormand. From the beet fields of North Dakota to the campgrounds of California to Amazon’s CamperForce program […]