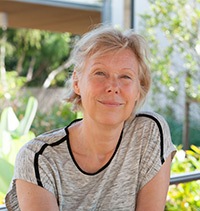 Janet Browne is a historian of biology whose interests range widely over the history of the life and earth sciences and natural history. She is based at Harvard University. Her major work has been a critically-acclaimed two-volume biography of Charles Darwin. The first volume, Voyaging, published in 1995 (Knopf and Cape), was shortlisted for the Silver Pen Award. The second volume, The Power of Place, was published in 2002 and was awarded the National Book Critics’ Circle Award for Biography, the James Tait Black award for non-fiction, the W. H. Heinemann Prize from the Royal Literary Society, and the Pfizer Prize from the History of Science Society. She has also published in the scholarly press on Charles Darwin, including his illness, the history of botany, and early ideas on the geography of animals and plants. She is currently working on a one-volume abridgement of her Darwin biography for Princeton University Press.