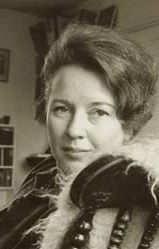 Jane Grigson was one of the leading cookery writers of her generation.

She was brought up in the north-east of England and took an English degree at Cambridge in 1949. She then worked in art galleries and publishers’ offices and then as a translator. In 1966 she shared the John Florio prize for her translation of Beccaria’s Of Crime and Punishment.

Her first cookery book, Charcuterie and French Pork Cookery was the result of some time spent in France. In 1968 she began her long association with the Observer Colour Magazine for whom she wrote right up to her death: Good Things, Food With the Famous, The Observer Guides to European Cookery and To British Cookery were all based on this highly successful series.