James Herriot grew up in Glasgow and qualified as a veterinary surgeon at Glasgow Veterinary College. Shortly afterwards he took up a position as an assistant in a North Yorkshire practice where he remained, with the exception of his wartime service in the RAF.

His stories about his life as a vet have charmed and delighted millions of readers since his first book If Only They Could Talk was published in 1972. It was followed by It Shouldn’t Happen to a Vet, Let Sleeping Vets Lie, Vet in Harness, Vet in a Spin, Every Living Thing and The Lord God Made Them All. The books were televised in the enormously popular series All Creatures Great and Small. 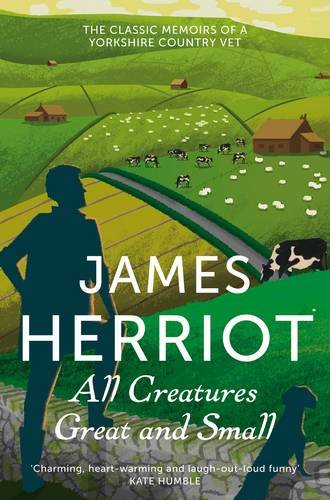 All Creatures Great and Small

Fresh out of Glasgow Veterinary College, to the young James Herriot 1930s Yorkshire seems to offers an idyllic pocket of rural life in a rapidly […]