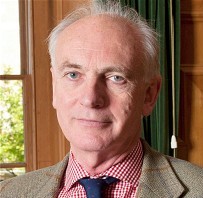 Formerly a lecturer in war studies at the Royal Military Academy, Sandhurst, and Professor of Modern History at the University of Glasgow, Hew Strachan is now Chichele Professor of the History of War and a Fellow of All Souls College at Oxford University. He is a Life Fellow of Corpus Christi College, Cambridge. He is the author of a number of books on the British Army and the First World War in particular, including European Armies and the Conduct of War (1983) and The Politics of the British Army. The first volume of his three-volume history of the Great War was published by Oxford University Press in 2001 to critical acclaim, and his one-volume history, The First World War, was written in 2003 to accompany the Channel 4 television series of the same name.