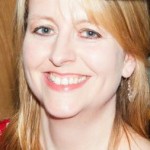 Helen writes for both children and adults and her credits include Bad Girls, Doctors, Grange Hill, Byker Grove, Dream Team and she was the creator and co-writer of C4’s interactive teen drama, Smokescreen. She has also storylined for Children’s Ward, Crossroads and Emmerdale. She is currently writing for several children’s series and developing ideas for adult drama as well.

Drafted – North West Vision and Media One
One of 10 writers chosen to develop a feature film script under tutelage of Kate Leys.

Crossroads and Crossroads II – Carlton/ITV
18 x 30 minute episodes (including one block of 5 and two blocks of 2). Also storylined 10 episodes

Dream Team. She has also storylined for Children’s Ward, Crossroads and Emmerdale and has scripted and developed online dramas.

Writer in Residence/Co-producer Young At Heart Reminiscence Theatre Company: Celebrations and Salvations toured in December 1994; When the Lights Go On Again (TIE) performed at the Pumphouse People’s History Museum in March and April 1995; and The Crabtrees Celebrate commissioned by Manchester City Council and performed on VE Day 1995.

Writer/Co-producer – Girls Up North Theatre: I Should Have Been Liz
one-woman show played for two weeks at the 1995 Manchester Festival.