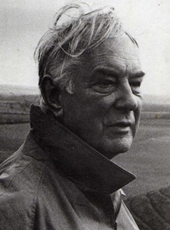 Geoffrey Grigson (1905-1985) was a poet, writer, editor, critic, exhibition curator, anthologist and naturalist. He published thirteen collections of his own poetry, as well as compiling numerous anthologies, and writing many other works on subjects including art, travel, history, and the English countryside. He was co-founder of the Institute of Contemporary Arts and of the poetry magazine New Verse and in later life was a noted critic and reviewer. He was awarded the Duff Cooper Prize for his 1971 volume of poetry Discoveries of Bones and Stones.