‘He makes history a smart art’ (The Times); ‘In a class of his own for serious scholarship’ (Spectator). Reviewers liken him to Gibbon, Toynbee, Braudel and, as a food writer, Brillat-Savarin (New York Times).

Felipe Fernández-Armesto has won many literary prizes. Honours include the World History Association Book Prize, Spain’s Premio Nacional de Gastronomía, the Caird Medal, the John Carter Brown Gold Medal, a Fellowship of the Netherlands Institute of Advanced Study, the Union Pacific Visiting Professorship (University of Minnesota), and membership of the Faculties of the World Economic Forum and the European Technology Forum. He has honorary doctorates from La Trobe University and the Universidad de los Andes. He has served on the Council of the Hakluyt Society, on the Committee of English PEN and as Chairman of the PEN Literary Foundation.

Broadcasting credits include regular presenting of Radio 4’s Analysis, screenwriting and presenting for BBC 2 and Channel 4 and screenwriting for CNN’s ten-part adaptation of his book, Millennium. 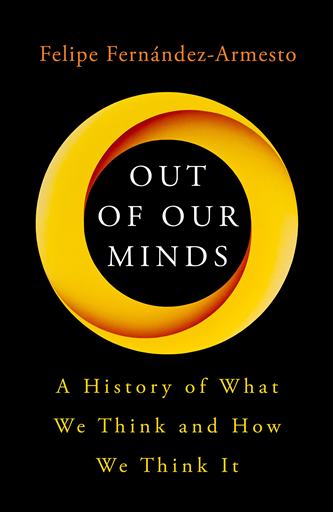 Out of Our Minds

To imagine – to see that which is not there – is the startling ability that has fuelled human development and innovation through the centuries. […]