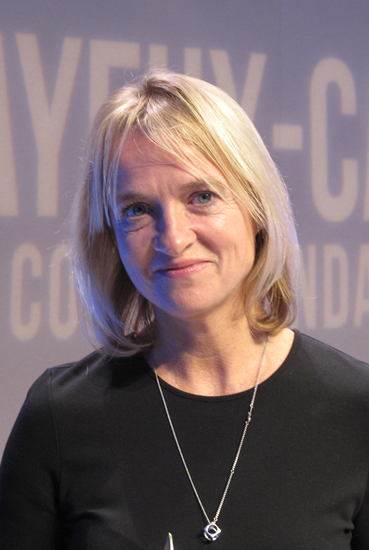 Emma Jane Kirby was educated at Chelmsford County High School for Girls and then at St Edmund Hall, University of Oxford (BA Hons English Lang and Lit). She was with BBC Radio 5 Live as a producer for two years before becoming the reporter for Woman’s Hour on BBC Radio 4. Radio 4 documentaries followed (including one recorded entirely in zero gravity, 44,000 feet over Moscow) and News 24 Television.

In 2001 she began her career as a foreign correspondent, first as Geneva and UN Correspondent, then in Brussels as Europe Correspondent and for the past three years has been based in Paris as the correspondent for France. She has also made several TV and Radio documentaries in Afghanistan and was embedded with French forces in Kapisa. The Optician of Lampedusa is her first book.