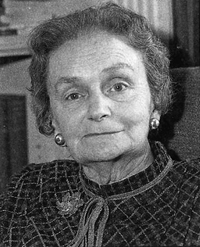 Born in 1907, Elizabeth Ferrars was one of the most distinguished crime writers of her generation and may legitimately be regarded as one of the very last authors of detective fiction from the genre’s ‘Golden Age’.  She was described by Ellery Queen’s Mystery Magazine as ‘The writer who may be the closest of all to Christie in style, plotting and general milieu’.  She was a founder member of the Crime Writers’ Association in 1953 and, in the early 1980s was given a ‘lifetime achievement’ award by the Association. She was the author of more than seventy novels, and died in 1995.