Edward Hogan was born in Derby in 1980 and now lives in Brighton.

He is a graduate of the MA creative writing course at UEA and a recipient of the David Higham Award. His first novel, Blackmoor, was shortlisted for The Sunday Times Young Writer of the Year Award, the Dylan Thomas Prize and won the Desmond Elliot Prize. His second novel, The Hunger Trace, was also published by Simon & Schuster to a wealth of brilliant reviews.

He is also the author of two novels for young adults, Daylight Saving and The Messengers both published by Walker Books. His latest novel, The Electric, was published by John Murray in 2020.

He has won the 2020/21 Galley Beggar Press Short Story Prize for his submission “Single Sit”.

“Ed Hogan’s novels, Blackmoor and The Hunger Trace, are unhurriedly moving, quiet but with a deep sense of England and its landscape, and of the subtle hidden traumas of their characters.”

‘The Granta judges are mad to leave out Joe Dunthorne, Owen Sheers, Gwendoline Riley, Courttia Newland, Nick Laird and Edward Hogan. These are not passing fancies; they are excellent authors who have established their excellence and are real presences in British writing.’ 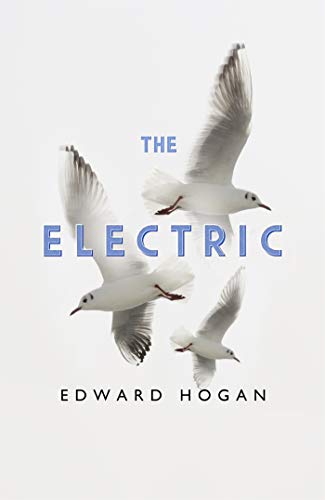 Brighton, 1950s. When Daisy got married, she knew nothing of a police wife’s struggles – the way secrecy and suspicion seep into the home. But […]