Denis Judd was born in 1938. He won a State Scholarship, took his first degree in Modern History at Magdalen College, Oxford, and his Ph.D. at London University. He is a Fellow of the Royal Historical Society and a Visiting Professor to New York University at their London campus. He has been Head of History, and is now Professor Emeritus of Imperial and Commonwealth History, at London Metropolitan University. In his work he has specialised in the British Empire and Commonwealth.

Among his books, Empire is a history of the British Empire, and he has written several biographies, including King George VI and the authorised life of the children’s author Alison Uttley. He has also written stories for children and two novels.  An updated edition of Empire has just been published by I. B. Tauris.

He has written for radio and has broadcast many times both as a presenter, consultant and interviewee for television and radio programmes both in the UK and abroad. He is the editor of a series of concise histories – the Traveller’s Histories – and is an Advisor to the BBC History Magazine. He has contributed reviews, articles and features to academic journals and the national broadsheets. 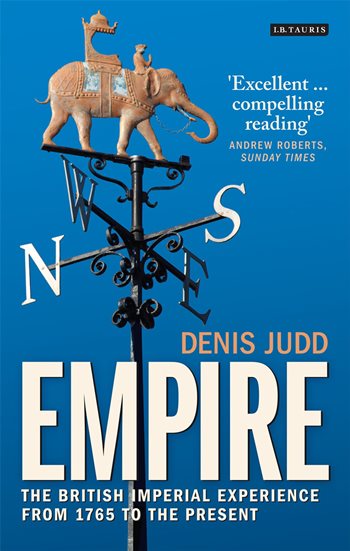 The British Empire changed the face of the modern world. At its zenith it governed more than a quarter of the world’s population, and spanned […]