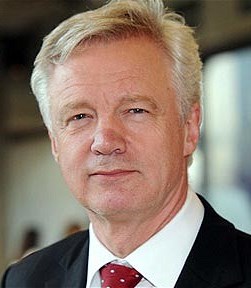 David Davis has been the Conservative Member of Parliament for Haltemprice and Howden since 1997, and represented the constituency of Boothferry for a decade before that. He has served as Minister of State for Europe, Chair of the Public Accounts Committee, Chairman of the Conservative Party and as Shadow Home Secretary. From July 2016 until July 2018 he served as Secretary of State for Exiting the European Union.

He has long been a campaigner for civil liberties and in 2008 resigned his seat to raise awareness of such issues, gaining re-election with 72% of the vote.

David was educated at the University of Warwick, London Business School and Harvard University. He is married with three children.