Dame Vera Lynn was one of our most revered recording artists. Dubbed ‘The Forces’ Sweetheart’ because of her tireless work entertaining the troops during the Second World War, she came to symbolise many of the values the country fought to maintain in that conflict. Her recordings of songs such as ‘We’ll Meet Again’ and ‘The White Cliffs of Dover’ have become icons of the war era and of Britain’s doughty resistance of the Nazi threat. She was appointed a Dame Commander of the British Empire in 1975.

In March 2017, Dame Vera celebrated her 100th birthday with a new album of duets, and a contract for a new book project, about her trip to entertain the troops in Burma in 1944. Written with her daughter Virginia Lewis-Jones, Keep Smiling Through is published by Century / Random House. 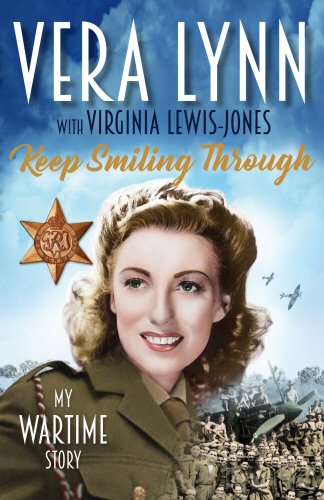 ‘I was just twenty-seven years old when I went to Burma. It was an experience that changed my life for ever. Up until that time […]