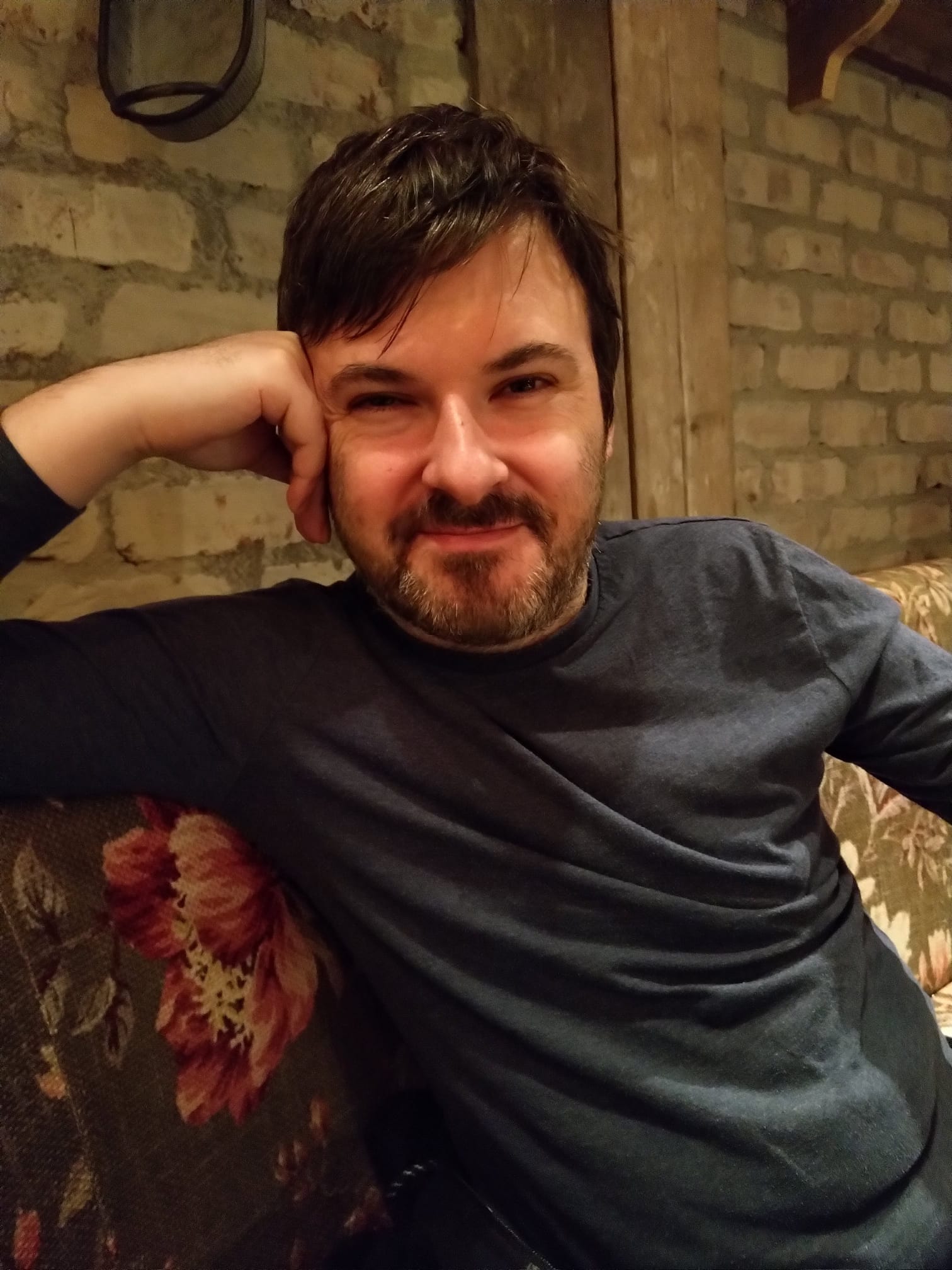 Chris Galvin is a writer of middle grade and YA fiction.

He spent his youth reading books and comics, which grew into a passion for writing (and occasional doodling). Originally from County Offaly, Chris moved to Dublin to learn scriptwriting, and developed a love for acting and directing. He has written several short stories, plays and films (some of which have made it to short film festivals around the world).

In 2021, Chris’ middle grade fantasy novel, The Thing About Giants, was shortlisted for the WriteMentor Children’s Novel Award, and the Guppy Middle Grade Open Submission Competition.

Chris lives in Dublin with his partner, Lynn, and works in television as a presentation editor.  He’ll always make time for a good book and a cup of tea (not necessarily in that order).