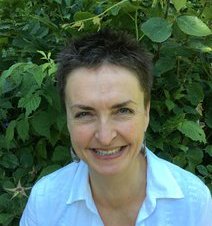 Catherine Fox is Academic Director of the Manchester Writing School at Manchester Metropolitan University. Her debut novel, Angels and Men (reissued in 2014), was a Sunday Times Pick of the Year. It was followed by The Benefits of Passion and Love for the Lost (both reissued in 2015). The Lindchester Chronicles series began with Acts and Omissions, which was chosen as a Guardian Book of 2014, and now numbers four volumes – Unseen Things Above (2015), Realms of Glory (2017) and Tales from Lindford (2021) – each complete in itself. Catherine is married to the Bishop of Sheffield and is a judo black belt.

Fight the Good Fight: From Vicar’s Wife to Killing Machine

Catherine Fox is not your typical martial artist. Her initiation into the sacred rites of judo began not in a dojo in Tokyo but in […]