Professor Anthony King was one of our foremost political commentators and psephologists for many years. Professor of Government at the University of Essex, he was the author and co-author of many books on constitutional and electoral affairs.

In 2013 – with co-author Sir Ivor Crewe, Master of University College, Oxford – he published The Blunders of Our Governments, a forensic re-creation of over a dozen egregious governmental blunders between 1979 and 2010, with a groundbreaking analysis of how such blunders are possible and what can be done to make them less likely. The Blunders of Our Governments was highly praised and won the ‘Practical Politics’ category in the 2013 Political Book Awards.

Anthony King died in January 2017, at the age of eighty-two. 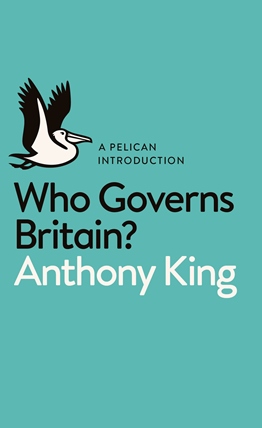 The British system of government has changed dramatically in recent decades, and far more than most of us realise. As acclaimed political scientist and bestselling […]

More titles
The Blunders of Our Governments
Picture here..