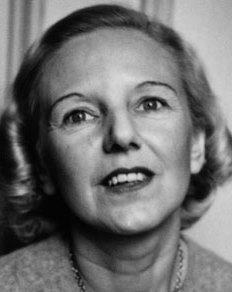 Anna Kavan (1901-1968) was a British novelist, short story writer and painter. Born Helen Woods, her early novels were published under her married name, Helen Ferguson, but after the first of many nervous breakdowns, she reinvented herself as Anna Kavan – taking the name of one of her own fictional characters – both for her writing and in her personal life, and her first work written under this new persona was Asylum Piece, a collection of interlinked autobiographical stories published in 1940.   She suffered episodes of mental illness throughout her life and was a long-term heroin addict and these facets of her personal life feature strongly in her works.  She died in 1968 of heart failure, shortly after the publication of her most celebrated novel, Ice.