Ann Turnbull has been writing children’s fiction since 1974. Her particular interests are history and fairy tales, but her work is varied and includes magic, mystery, adventure and family relationships.

Pigeon Summer was shortlisted for both the Nestle Smarties Prize and the W H Smith Mind Boggling Books Award and was also dramatised for television and radio. No Friend Of Mine and A Long Way Home, both set in the 1930s, and The Queen Cat, set in Ancient Egypt, have been among the Book Trust’s annual “100 Best Books”.

No Shame, No Fear, a novel for older children, set in post Civil War England, was shortlisted for the Whitbread Children’s Book Award. Its sequel was Forged In The Fire and Seeking Eden became the final part of the trilogy.

Other books include Alice In Love and War set during the English Civil War and the beautiful Greek Myths, published by Walker Books.

Ann is married with two grown-up children and lives in the West Midlands. 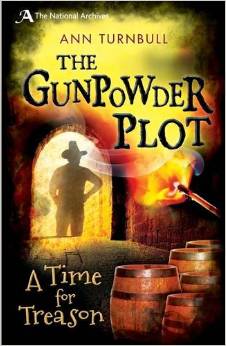 November 1605, London Dark alleys linger with the shadows of unknown figures and the air is thick with whispers and plots. What is going on? […]