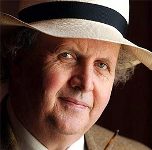 Alexander McCall Smith CBE was born in Zimbabwe in 1948 and educated there and in Scotland. He enjoyed a distinguished career as Professor of Medical Law at Edinburgh University, and it was in this role that he first returned to Africa to work in Botswana and Swaziland. In 2005, he left the University to concentrate on his writing and he is now the author of over a hundred books.

In 1998 The No 1 Ladies’ Detective Agency was published. Its heroine, Precious Ramotswe, soon captivated readers and the series has now sold over twenty million copies in the English language alone. Anthony Minghella adapted the book for television with Richard Curtis and it appeared on BBC1 in 2008 to great acclaim. HBO and the BBC commissioned further episodes, screened in 2009. A new book is added to the series every year which now has a worldwide following.  It has also been dramatised by the author for Radio 4.

Alexander McCall Smith has written fifteen 44 Scotland Street novels in daily serial form for The Scotsman and in 2008 his first online novel, Corduroy Mansions, began on the Daily Telegraph’s website. Other popular series written by Alexander McCall Smith include the Isabel Dalhousie and the Sunday Philosophy Club series, the Detective Varg series and the Von Igelfeld series, as well as a variety of titles for children. 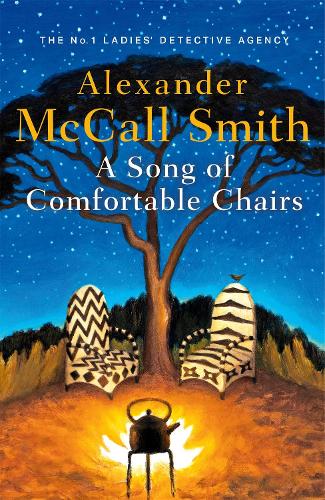 A Song of Comfortable Chairs (No 1 Ladies Detective Agency #23)

Grace Makutsi’s husband, Phuti, is in a bind. An international firm is attempting to undercut his prices in the office furniture market. Phuti has always […]