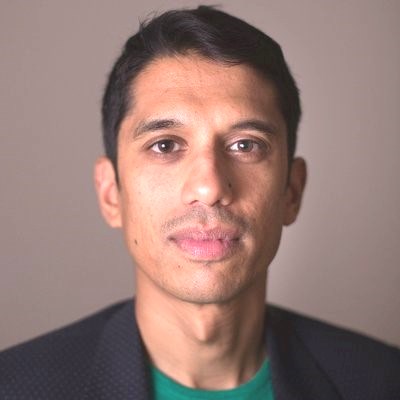 Aditya Chakrabortty is senior economics commentator for the Guardian, where he writes a regular column and reports from around Britain and the world. In December 2017, he won the British Journalism Award for Comment Journalist of the year. His work has also won a Social Policy Association award, a Harold Wincott prize for Business Journalism and he was also a finalist for an Orwell Prize for journalism in 2014, 2015, 2016 and 2017.

Aditya has been an economics journalist for over twenty years. Before joining the Guardian in 2007 he worked for the BBC as Economics Producer, covering economics for the Ten O’Clock News then making films for Newsnight. He is a regular broadcaster on radio and television, appearing on Newsnight and Question Time, and tweets @chakrabortty.

Aditya is now working on his first book, to be published by Allen Lane / Penguin.